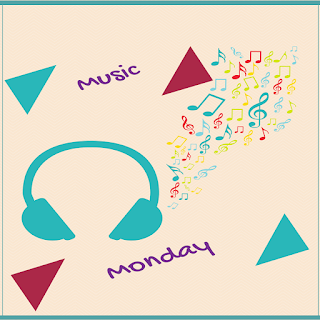 Happy Monday. Boy can you believe this is the last Monday of March?! Another month of 2018 bites the dust.


This week's selection is my first repeat artist/group. I talked about X Ambassadors just a week or so ago. And I had no plan to mention them again so soon, but eh, plans change. So why a repeat group? Well, because of The Husband.

When he hit 40, he sorta had a low-key 'mid-life crisis'. He didn't want to get a motorcycle (I'd vetoed that years ago) or a fast sports car (we have kids, talk about not practical) but instead he asked about getting a Jeep. One of his buddies that they do a annual tailgate with had gotten one. He goes to Jeep shows, takes his dog out off roading. He leads the #JeepLife and The Husband wanted in on it.

Jeeps are harmless right? They have a top, and doors. They come in plenty of shiny colors and various options based on your budget. A Jeep, that's great. Plus the man rarely makes big purchases that are solely for his benefit. He works hard, he should splurge every so often. I was all on board with him getting a Jeep.

Until I realized what he wanted...

He'd thought over it for the last two years, because he's not one to make quick decisions on spending money. But starting the end part of last year, he really amped up his talking about it, even went to one of the Jeep shows with his friend. He came home and told me all about it, then pulled up a picture of one that he liked and was considering.

It. Wasn't. New. And we're not just talking a 3-4 year old pre-owned car, we're talking cars that are older than our oldest child. She's 21! I was NOT amused. But it was his thing, he wanted this, so I took a breath and put on my 'good wife' smile and again said okay. We even went and looked at one, I wouldn't get in for the test drive.

Fast forward to two weeks ago, his buddy sent him a picture of one last Saturday night. All excited about the Jeep and encouraging The Husband to go look at it. Sunday we make the hour and a half trek up to Jody 'The Jeep Guy' to look at it. Hubby is smiling, excited. He likes it. He wants to buy it. No thinking about it. Then he turns to me and says, "I need to borrow your X Ambassador CD so I can play Renegade." Sure...only you don't have a radio much less a CD player, but...yeah we'll work that out later. That is how I first learned of X Ambassadors. Their song "Renegade" was played on the Jeep Renegade commercials. That is his newly acquired 'death trap' as I so affectionately call it. A 1984 CJ7. The drive home was tedious. No, I didn't ride, we drove up in my car. My SAFE car and I followed him home, taking back roads and never going above 50 mph.

My husband is not a handy man, he's never worked on a car in his life, but this is his new project. This is what you apparently do with these things. You buy them, fix them up, then go to shows and talk Jeep with other enthusiasts. I don't get it, but like I said, he works hard and deserves to have something for him that isn't also doubling as a 'family thing' because I'm really not keen on my children riding in it currently. He did take them out for a short drive, but that's about all I'll allow for now. Well, other than The Girl, who fully embraces her father's new project, but she's an adult so less say there. LOL

Anyway, I hope you enjoy the song.
#JeepLife is The Husband's new favorite thing to say.