March 29, 2018
Welcome to the last Friday of March. Happy Good Friday! We are week 13 of the #MFRWauthor blog hop. When I saw this week's topic I laughed for a good little while over it.What has research for my books taught me?


So why did I laugh? Well that mug says it all. I've written three books two are published. I've had to do 'research' for two out of three of them. And that research was on interesting topics.

We'll start with Fiendish. The biggest thing I learned, you can get a lot of questionable shit on Amazon! Like what you ask?

Well, when I was writing it, Hannibal the TV show was on. One of the episodes had Hannibal in this full on plastic suit that he wore over his clothes on his way to murder someone. And yes, I wondered where I could get something like that. First place to check, THE ZON.

Now this isn't the same one, but you get my point.This handy-dandy suit can be ordered, relatively cheap, if you are in need for something like this, even if not for it's intended use.

Writing a character like Seth was taxing in many ways. He was not a nice man, and he liked to be creative in his 'non-niceness' and I had to look up ways for which that was possible. That included types of whips, medieval torture devices, how long it would take a person to starve, etc. You get the point and understand the first picture.

I need to correct my earlier statement. I did do research for book 2 as well. Calida survived for a second book, but not without her scars. I had to research about PTSD, anxiety, and anxiety attacks.

I could go on an on, but I try to keep these posts closer to the PG-13 side of things. I don't write stories that require a lot of research. I'm no good with historicals. That's not what I do. So while I'm not learning anything 'life changing' or usable really for everyday life, I am learning things that are interesting in their own right.

So have you ever researched and learned anything interesting? Be sure to stop by the other authors on this hop to see what they have to say. 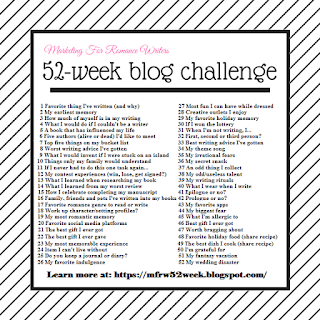