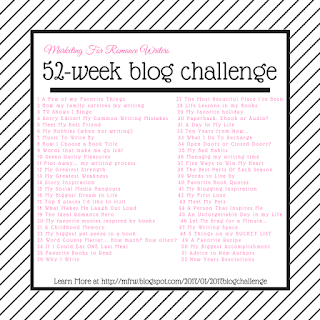 Week 47 of the #MFRWauthor blog hop. Can't believe there are just 6 short weeks left in 2017. So this week's topic is another easy-ish one. I say -ish because I'm not really one to talk about myself, but let's do this. 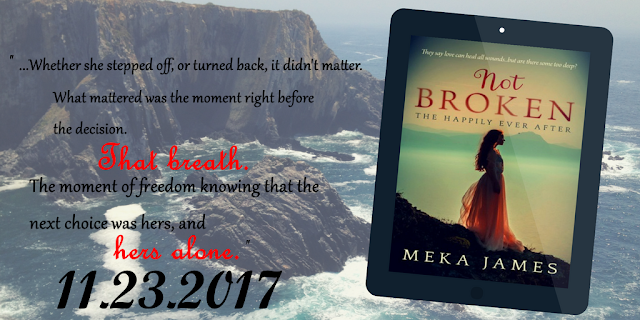 First up, since the big day is coming soon, I'm going to start with the release of my second book. I started working on Not Broken in April of 2014 when I finished Fiendish. I'm a slow writer as it is, but you add in self-doubt and loss confidence in your writing skill, you end up with a writer that stops working on her project.

Deadlines I set for myself came and went which only added to the pressure and feelings of failure. I stumbled upon a group on Facebook called Insecure Writers Support Group (#IWSG) and they got me back on the horse.

So this book has been a long time in the making, but it's complete and all set to fly free in the world next week. I'm proud of myself for getting it done and putting in all the time and effort to make it as perfect as I could. Even set up a pre-order and attempted to do some marketing. 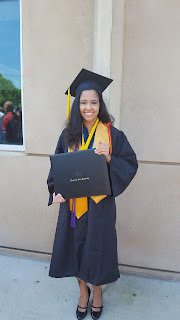 In May, my first born, my one and only baby girl graduated college. I've talked about her before, like I've discussed all my offspring. The Girl went off to college and came out three years later. Yes THREE years later.

As a senior in high school, she took college classes which sent her in to college just six credits shy of being a sophomore. The summer of her freshman year, she did a study abroad program which bumped her up to where she needed to be credit wise.

She's full on adulting currently. Landed herself a full-time job. Bought a car. Fully taking care of herself, reluctantly, but doing it. 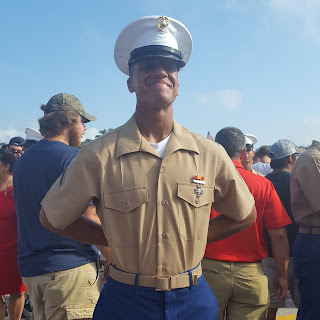 This handsome young man is my youngest nephew. He graduated high school in June and his dream/goal in life was to join the military. The Marines to be exact.

He shipped off to boot camp just two days after his high school graduation. I'd gone to NY to see him graduate and was there when he left. Yes I cried.

In September, my siblings and I drove to Parris Island, SC to see him graduate boot camp. It was a proud moment, and yes I cried again.

I've always had respect for the military and I admit him joining scares me, that whole wanting to keep those close to me safe, but seeing him, seeing how happy he was, I know he's where he wants to be.

He's currently in San Diego for job training, and loving it. He's hoping that'll be his final station. Well, that is, if he can't get one of the overseas locations he hopes for.

That's it, like I said talking about myself isn't something I like to do a lot so kept this kinda short. Be sure to stop by the other authors on this hop to see what highlights they have to share this week.