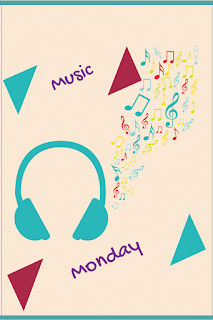 Hard to believe July is almost over. This month has been a big one for me since I'm still excited about finishing the first draft of Not Broken.

The selection for this week is a song I heard by accident (like a few others I've posted). I've enjoyed other songs by Hozier. The very first one I heard by them was "Take Me To Church". I don't recall what song I'd been listening to when "Arsonist's Lullaby" came up in the rotation, but I liked the sound of it.

Since then, when I'm opening up YouTube it's become one of the first songs I type in to get things started. I even started watching Daredevil on Netflix so I could see Frank Castle's character. I'm still eagerly waiting for The Punisher series to start.

I liked the dark, gritty sound of this song. The lyrics fit the frame of mind I had when writing some of Calida's scenes. I've put this song on repeat a few times. There are some songs that you get tired of hearing after a while, so far this song is not one of those. I listen to it at least once day if not more.

I hope you enjoy it.
Thanks for stopping by
~Meka