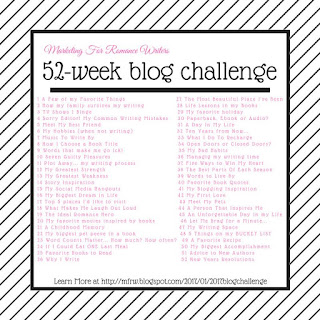 Week 49 of the MFRWauthor blog hop. The countdown is on for the end of the year. This week's topic comes at a perfect time as like Thanksgiving, a lot of cooking happens around Christmas.


I cook a decent amount, but nothing that is a super secret family recipe. We are an active family, often on the go, so a lot of our diners are quick things or crock pot meals.

There are a few things that I make that different people in the family like for me to make. So instead of giving you an actual recipe, I'll just list off what they like me to make.

The Hubs: German Chocolate Cake. The recipe I use is out of my Taste of Georgia cookbook. Craziest thing, I've never eaten it. I'm not a fan of coconut, but everyone loves it so I guess I'm doing something right there.

The Girl: She likes my dressing. Now southern folks know there's a difference in dressing and stuffing. That recipe isn't one that is written down. It is one of the passed down from grandmother, to mother, to daughter. In fact this past Thanksgiving, The Girl was in charge of making it this year.

Man Child: Italian Pie. The grocery store we shop at mostly is Publix. They will have their apron meals, free recipe cards you can pick up, some days they have samples. This meal was one of those samples that Man Child tried and loves. It's not exactly a quick meal to make, so I don't make it nearly as often as he would like.

Thing 1 and Thing 2: They both like it when I make spaghetti. Nothing special there, just your standard everyday spaghetti. Mostly. Thing 2 isn't a fan of the store bought sauces. Even the plain marina sauce contains bits of tomato or something which he would try and pick out. I typically have to make him a separate sauce.

That's about it. So like much in my life, this post was a hodge podge of things since I couldn't settle on one.

What are some of your favorite recipes, if you have just one? Be sure to stop by and check out what the other authors on the hop have to say.

June 10, 2019
It's happened again. Monday. It just keeps coming around doesn't it? Upside that means I get to bring you a new song. Great way to start the week, right?
8 comments
Read more