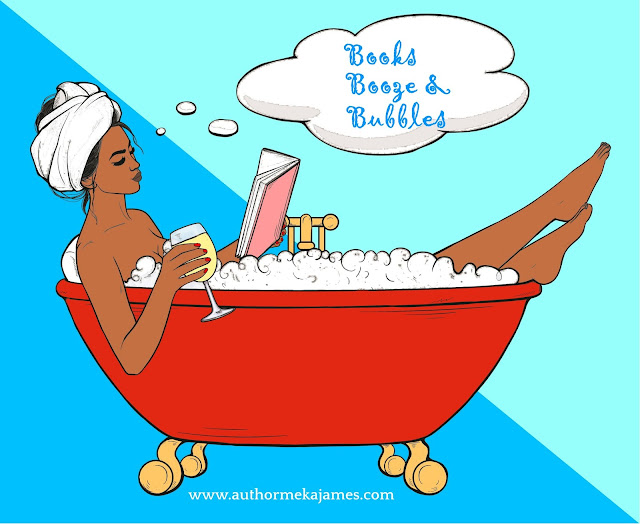 Happy Friday! I hope you’ve had a great week so far. What do you think of the new graphic? If you remember from my last review, I’m changing up what I do here and I wanted something to fit. Thanks to Jess for doctoring the image for me so it fit better. 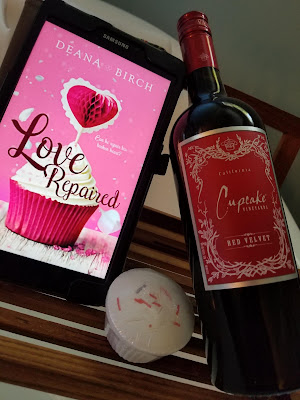 The wine: I picked a Cupcake wine because it’s a running theme in the story. Things kick off with Ben swiping one that Amee had left in her car. If you like smooth reds that aren’t too dry and lean a little sweet you’ll enjoy the Red Velvet. It’s not heavy and has a pleasant rich taste. It’s one of my favorites from this company.

The bath bomb: Keeping with the cupcake theme, I got a bomb to match. It was a vanilla scented cupcake with sprinkles. Cute right? Sadly once in the water the scent dissolved as the bath bomb did. There was no lingering fragrance to add to my overall relaxation. No link for this one as it was a set of four that I picked up at Marshall’s. 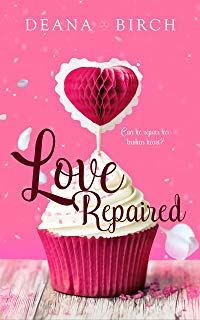 Attorney Amee sets aside her own needs to juggle the broken pieces of her life and family until mechanic Ben repairs her heart.

Divorce attorney Amee Benton—who has an ex of her own—is pretty sure she’s a #MomFail. Showing up late on a Friday night to retrieve her car from the shop and finding the pink frosted cupcakes she forgot to leave at her daughter’s ballet camp confirms it.

When mechanic Ben Mathis confesses to stealing one of the confections and asks who is taking care of Amee, she knows he’s a unicorn—a magical, beautiful beast who surely only exists in fantasies, so she tells him just that, with an F-bomb for good measure.

Amee has three things Ben finds irresistible in a woman—brains, a family and a serious potty mouth. During a chance run-in at Ben’s own personal hell, AKA the mall, he summons the courage to ask her out. Though Amee is leery of dating a younger man and Ben is more than aware of their social gap, the two take a chance.

But Amee’s life isn’t like his. And when her ex returns and the doubting divorcée blunders, all Ben’s insecurities are piqued anew. Now, Amee must prove to Ben that his worth is much more than stand-in dad and rebound boyfriend or she’ll watch her magical unicorn gallop off into the forest forever.

In most May/December books the male is always the older of the two. He’s also the one settled in his career and making good money. Basically he is the one that has his life together when the younger, sexy lady comes along and falls in love. Folks, Deana Birch took that and flipped it on its ear! AND I LOVED IT.

Amee is a single mother and successful lawyer. She has the house, the fancy car and disposable income. Ben is a mechanic at her high end dealership. He lives in the basement of his uncle's house and is trying to make things better for himself, but it’s a struggle. In the age where “alpha male” seems to be king, Ben is a refreshing change.

And that’s not to say Amee isn’t without her own set of struggles. There is an ex whose name I won’t mention but wished for all the bad things to happen to him. LOL Plus being a single mom is freaking hard! Been there, done that. Dating as a single parent presents different challenges because there are the kids to consider. Amee stumbles during this process. She makes mistakes, there are communication issues as she stumbles her way into new love.

Ben and Amee complement each other in this regard. He’s a sweet guy that wants to do right, but he’s not without his faults. They have their ups and downs. And if you’ve read enough of my reviews you’ll know the biggest pet peeve I have is that age old miscommunication thing which tends to happen in romance. It adds tension, but boy oh boy does it make me what to shake the characters and scream at them to just spit it out already. LOL

Aside from that, I adore the well rounded-ness of the cast of characters. It’s not just Amee and Ben, but we get to see Amee’s girls. Her funny sister who I adored! Oh and yeah the ex. Ben shows his soft side when you see him with his nephew and even in how he covers for his sister who is having her own struggles with getting her life together after a devastating loss.

The romance is sweet and the sex scenes are hot. Don’t let the cover fool ya, there is some heat between these pages. Another thing Deana does well, showing sex positive and sexually confident women. If these things sound good to you, I recommend you picking up your copy today. 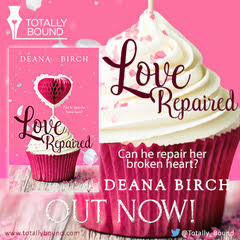