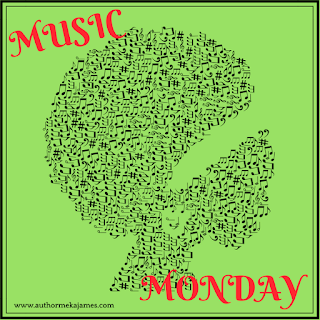 Happy Monday. I'm so glad it's the start of a new week because last week's was a dumpster fire! Nothing on a super personal level, but I shall explain.


I picked this week's song for two reasons 1) the title and 2) it's my crank it up and rock out song of the moment.

If you're not part of "Romancelandia" you are not likely to be up on the latest drama. It all started with the RWA (Romance Writers of America) RITA (their big award, like the Oscars for romance writers) finalist announcements. When this list came out last year, the hashtag #RitaSoWhite was dubbed. Why? because in it's 20 year history not a single black writer has won the award, and only a handful of other AoC (authors of color) have had the honor.

We hoped this year would be different. It was not. Seeing the list was very Cringe worthy. But oh, it gets better. A discussion was started in the forums at RWA and boy oh boy did that go downhill fast. The issue is in the judging process. It's a peer judged competition and when the judging pool is full of bias, and they don't want to be called on their bias, it gets ugly. And it has been. For a week straight.

All very Cringe worthy to the highest degree!

I've said it before, but I'm an emotional writer. If my head space isn't right I can't write. I don't "push through it" I just wallow until I'm in a better place. It is my process, no I'm not likely to change it. That being said, I do try things to keep me from getting in that negative place when I know I could be heading that direction. Music is one of those ways.

So while in the trenches as Romancelandia is on fire at the moment, the music helps to keep me sane. It's not a lot, but it's something. Plus puppy cuddles, because that's what they are here for. hahaha

Here's to hoping for a slightly better week. Crank up your speakers and rock out.