Adventures in KU - Month One 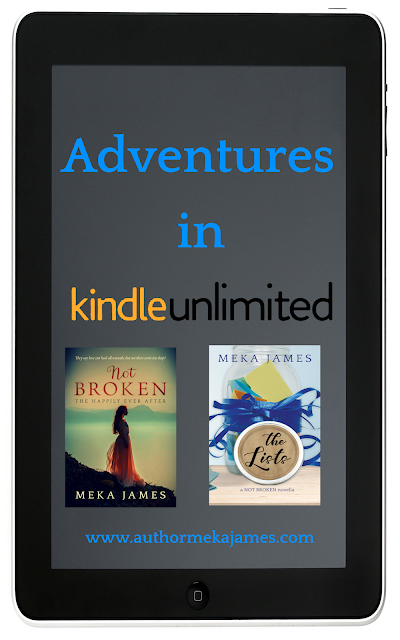 This is a different sort of post for me. I'm not one to talk sales, and marketing and things of that nature. Not because I don't want to share, I just typically don't track that information. But I'm trying something new, and I will do the best I can to give an accurate account.

I have three indie titles out currently, and two with publishers. If you read my post on Wednesday, you'll know I got my start by writing blog stories. Because of that, when I thought to publish my first book, doing it as an indie was my first thought. 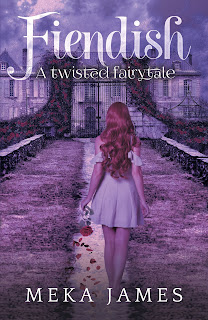 Fiendish was released in 2014 and at the time I was the proud owner of a Nook Color (they don't make them anymore) because of that, I didn't want to go Select with Amazon.

Plus I had that whole fear of all my eggs in one basket sort of deal. I had a Nook. Other people had Nooks, did I really want  to exclude possible readers? No! So I didn't.

When I finally got around to publishing Not Broken, it too went wide because my first was. And that was right around the time all the hiccups with Select and KU were being brought to light. Now don't get me wrong, some LEGIT authors were still doing well with that platform, it just wasn't for me. The Lists followed suit.

So what changed my mind? Two things. 1) My first publisher release was through a small press that did their books in Select. Basically I had no choice in the matter. and 2) I wasn't making a bunch of sales on the other platforms so I figured why not see what the fuss was all about.

After a little back and forth to weigh the pros and cons, and talking things out with my squad, I pulled two of my books from other retailers and made them select. Why only the two? Because Fiendish, with all its newbie issues still is a better seller than the other two.

On to the nitty gritty of month one. I didn't do any sort of advertising. I made maybe one or two posts on Twitter and Instagram, but that was it. I did take part in a reader's challenge on Facebook called Readers Rock the KU. I basically had two takeover days in that group in which to pimp out my books. That cost me $10 because they do a giftcard giveaway to the readers that read the most books or something over the month.

First, for comparison, here are the total sales I've had across all platforms prior to me going into KU.

I'm not buying a a summer house in the South of France anytime soon. LOL It's a little small to see, but I'd only had ONE sale of Not Broken across all platforms. None for The Lists.

Still not buying that house, LOL, but as you can see Fiendish still carries more actual sales than Not Broken, and I didn't have a single one for The Lists.

On to the page reads, as that's the big deal.

Since I have nothing to compare it to, I'm gonna say this ain't too shabby. And mind you I did no advertising that this was even in KU outside of that group takeover. Since Amazon's reporting runs two months behind (something I *JUST* realized) I have zero clue what that translates into money wise. I'll have to wait until my first KU payment is calculated to make a comparison to page reads and books sold. Or if anyone out there has insight, feel free to comment.

That's it. For month two I plan to tackle the dreaded AMS ads to see how I fair with those. I haven't really lost much in the way of sales by having Not Broken and The Lists in KU because those books have sadly been a major struggle, even with me throwing my limited marketing dollars at them. Still a little too early to decide if I've gained anything, but I have two more months to go.

I hope you have a great weekend. And please let me know your thoughts on KU.