Why Do They Do That? - #MFRWauthor

Happy June! My favorite month since it's my birthday month. It's Friday so that means it's time for another #MFRWauthor blog post. This week's topic is about the biggest pet peeves I have in books.


Alright I'm a romance writer like most of the authors on this hop. Romance novels have some standard things required. The hero, the heroine, and their happily ever after. Easy enough right? So let's start with the hero. 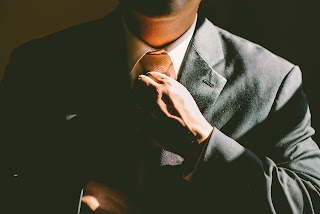 If you remember week 19 I talked about my ideal hero, in doing so I also brought up the asshole hero. The guy that crosses that line from alpha into a whole different realm.

That's my pet peeve #1, the asshole male lead. Yes dominance, and confidence can be a sexy trait. Showing of their strength can give the heroine a sense of security and dominance during those hot and sexy times can really get things going, but only if done in the right way. What I don't find sexy or swoon worthy is the male that acts like the female doesn't have a brain of her own. He walks in, takes one look at her and proclaims her to be his no questions asked. From there she's expected to bow down to his every whim because he's just trying to protect her, or he knows what's best for her and she takes it. She makes excuses for his asshole behavior for one reason or another and the fact that he can melt her panties off helps I guess. I don't know when this trend of emotional abusive males started, but I'm not a fan. I can't root for a couple to end up together when the guy is a total dick to the lead 95% of the time. The other 5% is sexy time that should make us all forget about all the other crap since the female usually does.

Add to that, said asshole is given some sad backstory that is supposed to make us understand and excuse his behavior. That doesn't fly with me either. Having some sort of tragic backstory does not excuse the fact you're a major dick to the woman you are supposedly in love with.

That brings us to the next part, the heroine. Pet peeve #2, The VIRGIN heroine. Why, why are they always virgins? And I'm talking in contemporary romances not the historical, regency type of ones when being a virgin was a requirement.

It annoys me when they pair the asshole with the virgin. And they aren't just virgins, they are seemingly so pure and innocent that they are unprepared for life as a whole. It's their innocence that gets through to the dark, and angry asshole and sees the real man underneath. Add to that the fact that they go from never being kissed to performing like a pro. They give BJs with no second thought and no gag reflex. They are open to totally letting their inner freak fly doing things with no hesitation or awkwardness of never having been in that situation before. No. Just no.

Both of these combined bring me to the final pet peeve. #3 The Happily Ever After. Don't get me wrong, at the end of a good romance you want to be happy that they are happy. It's a requirement and any romance without one, well break out the pitch forks and fire, heads need to roll. Not really that severe, but you get my point. However if I've spent my time reading a story that has #1 and #2 then I'm quite annoyed come #3. Even though I know, I KNOW, it's coming I still get annoyed. I can't help it. The 'hero' never grew on me and the 'heroine' made my eyes roll so hard they could have rolled right out of my head, I'm not feeling the happily ever after at the end. Even in the sub-category of dark romance, the HEA is a requirement and those stories touch on some hard topics sometimes. Regardless, in the end they are riding off into the proverbial sunset. And I get it, love isn't always pretty, hell even my tagline recognizes that, but still both parties have to have some redeemable qualities to make the story work.

Okay those are my three pet peeves. I have more, but picked the three I encounter most often. So what do you think? Agree or disagree? Let me know what some of yours are and be sure to stop by the other blogs in the hop.