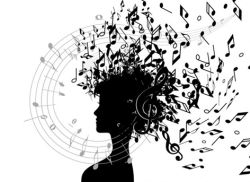 Good morning and happy Monday. I hope you all had a great weekend.


So this week I was planning on following up last week's kid pick with that of my middle son. However today is the oldest boy's birthday so I thought we'd do his favorite-ish pick instead.

I listen to all kinds of music including some rap. My husband however is a much bigger rap fan and has influenced my kids on that in some degree. He is the 'cool' parent to here my kids tell it. LOL The Boy is a fan of Eminem but since he'd left for school before I thought to ask him which song he liked the most I'm winging it and picked one I've heard coming from his room when he's gaming. I like some of Eminem's songs as well. In fact "Love The Way You Lie" is on the playlist for Fiendish.

Next week we'll be back to 21 Pilots for Curly Top's pick but for today enjoy a little rap to get your day going.

"Not Afraid" by Eminem **explicit lyrics**